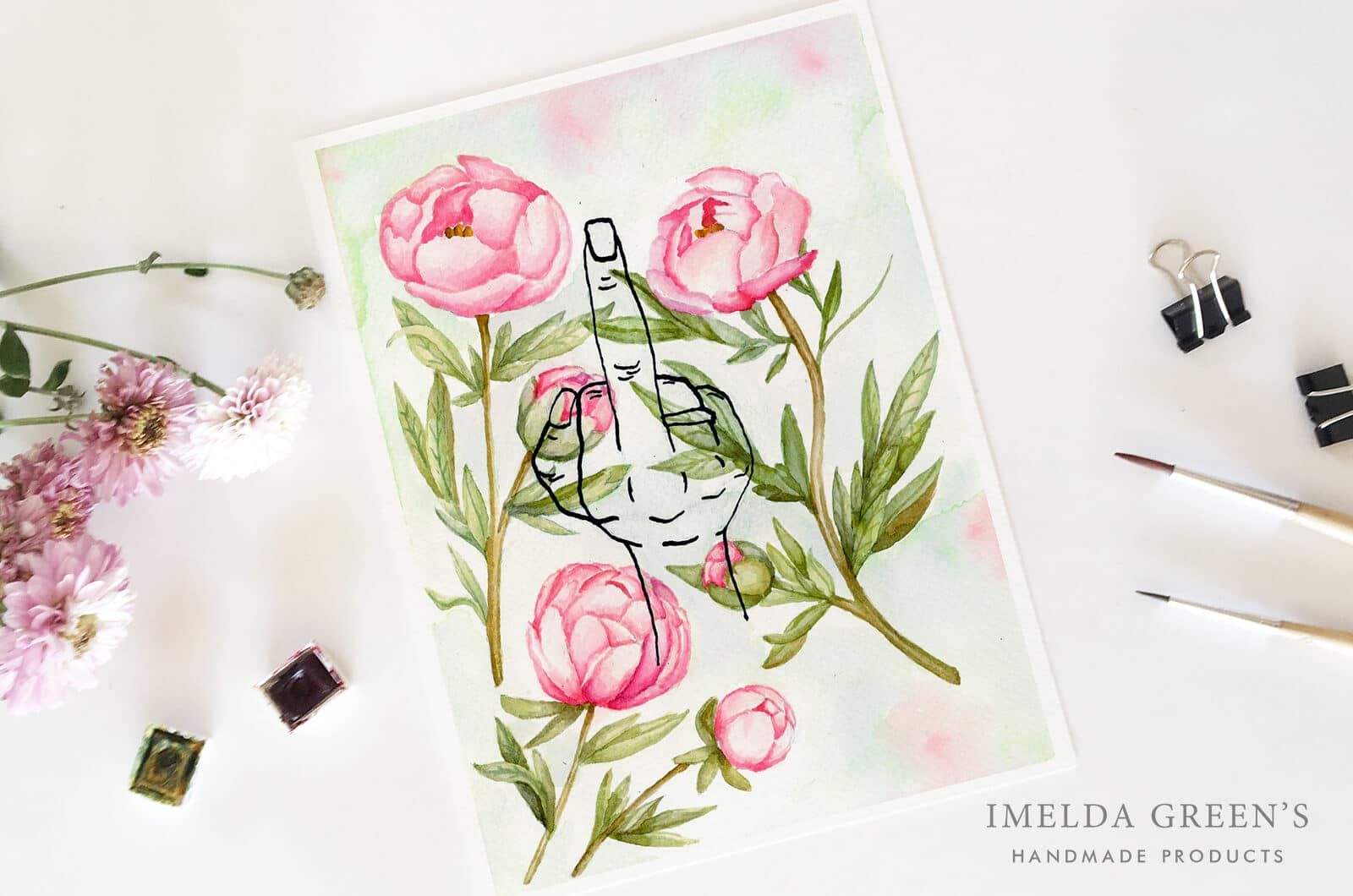 Art theft is not free exposure!

I wanted to start this blog post with this: “I came across a shocking incident on the internet last week.” But the sad truth is that the incident falls into the “ordinary” category instead of “shocking”.

I am part of a very supportive artist community on instagram. I often read about designers and illustrators complaining about their artwork being stolen. One such incident made me decide to speak up now.

Suppose for a moment that you’ve used the artwork (without informing the creator) not because you wanted to violate copyright but out of ignorance. This, of course, does not exempt you of the consequences, but I thought it was time to clarify what is legal, what is ethical, and what is unacceptable if you want to use the work of an artist.

I’m not stealing! I found the image online!

Let’s clarify something right from the beginning: internet is not in the public domain! When an artist puts his work on the internet, it doesn’t mean it is free to use. Even though you can find it online, it still remains his intellectual property, and he alone has the right to decide what happens to it, and if you don’t ask permission, you are infringing copyright.

You can actually find free content on the internet, but you need to look for it in a separate category.

When you use google image search, you can find the setting ’labeled for re-use’ in the Tools section, which means you are free to use the image you find under that category. You can also look for sites that offer plenty of free-to-use photos and graphics (though you need to pay attention, because you still need to credit the creator in some cases). This article explains the differences in various licenses, as well as suggesting a variety of websites that offer you free content.

But I offer free exposure to the artist!

One solution could be offering free exposure in exchange for the artwork, but you are only allowed to use the image after you’ve discussed this with the creator. If you have a large follower base and the creator has agreed to it, you have the right to use the image. However, as long as you do not have (written) permission, the use of artwork is considered theft.

You should be aware that this is not good bargain for the artist, and many of them will not agree – even though it highly depends on the way you want to use their work (personal or commercial use).

Margarétalány has given a very good example of this. If a radio plays a song by a famous band, the radio will pay royalties. If the radio doesn’t pay royalties, the band will sue the radio, even if they credited the band. Obviously, the radio will face a hell of a laughter at court if they answer ’but we offered free exposure.’

And talking of crediting…

„Pinterest.com” is not credit

Nor is #ArtistName. If you want to credit the artist, you should place a clickable link to his official website or chosen social media platform under the image. It is possible that an artist will be less fruious when he finds out that you stole his work while you credited him, but you should be aware that crediting the artist does not entitle you to use copyrighted images. You can do this only if you have written permission from the artist.

Personal and commercial use are not the same thing

In one sense, they are… If you want to use an image either for personal or commercial use, you need written permission from the artist. But they are different in the sense that many artists will not charge you for personal use (but probably ask for credit still). If you want to use the artwork commercially, meaning that you generate financial profit, the artist will probably ask for an up front fee or royalties.

Before you get outraged and ask ’how dare you’, think it over. To what extent does the visual element contribute to the success of your ad / product? If it doesn’t contribute a lot, just let it go, don’t risk being sued / publicly shamed. If, on the other hand, it is important and increases the number of your sales and / or clicks, isn’t it fair that the creator should also benefit from it? After all, it is his artwork that really sells your product.

So what should I do if I want to use artwork legally?

What will happen if I do steal artwork?

In the world of the internet, it is less and less likely that you can get away with image theft. It may take a few weeks, but sooner or later the creator will learn about your theft.

In this case, most creators will send you a polite letter, asking you to remove the copyrighted content. Of course, I’m not surprised if this doesn’t hold you back, nonetheless, more and more creators have their own followers, whom the artist will inform that it was your business that has stolen his work.

In the case of art theft, the creative community also tends to activate itself and spread the word about the reputation of your business to their own followers. The biggest example of this was the 2016 Zara scandal. The company suffered a serious blow when it was revealed that they had used graphics without the knowledge and consent of the artists. Do not underestimate word of mouth!

You could argue that bad exposure is also exposure. However, if you don’t reach an agreement, the artist could sue. If he can prove that the artwork is indeed his intellectual property (which he can, in most cases), you’ll probably lose the case.

Please don’t take this as an attack on yourself, but as a plea to respect artists and their work. This is their profession – without which, incidentally, 98% of businesses would not be able to operate. In fact, it’s not such a big deal to send an email and ask permission to use images. Believe me, if they sense good intentions on your part, they will also respond with respect.

In the next episode of this series, we will discuss what is it that you can do as an artist, if your work has been stolen.