It is hard to believe that half of 2016 has already gone and we are entering July. To tell the truth I’ve never really been a fan of this seemingly endless month of heat waves but this is the first time in my entire life that I actually work in an office during these 31 days, and strangely enough, I look at the experience with anticipation (at least I won’t boil in my own room but have an air-conditioned work space). 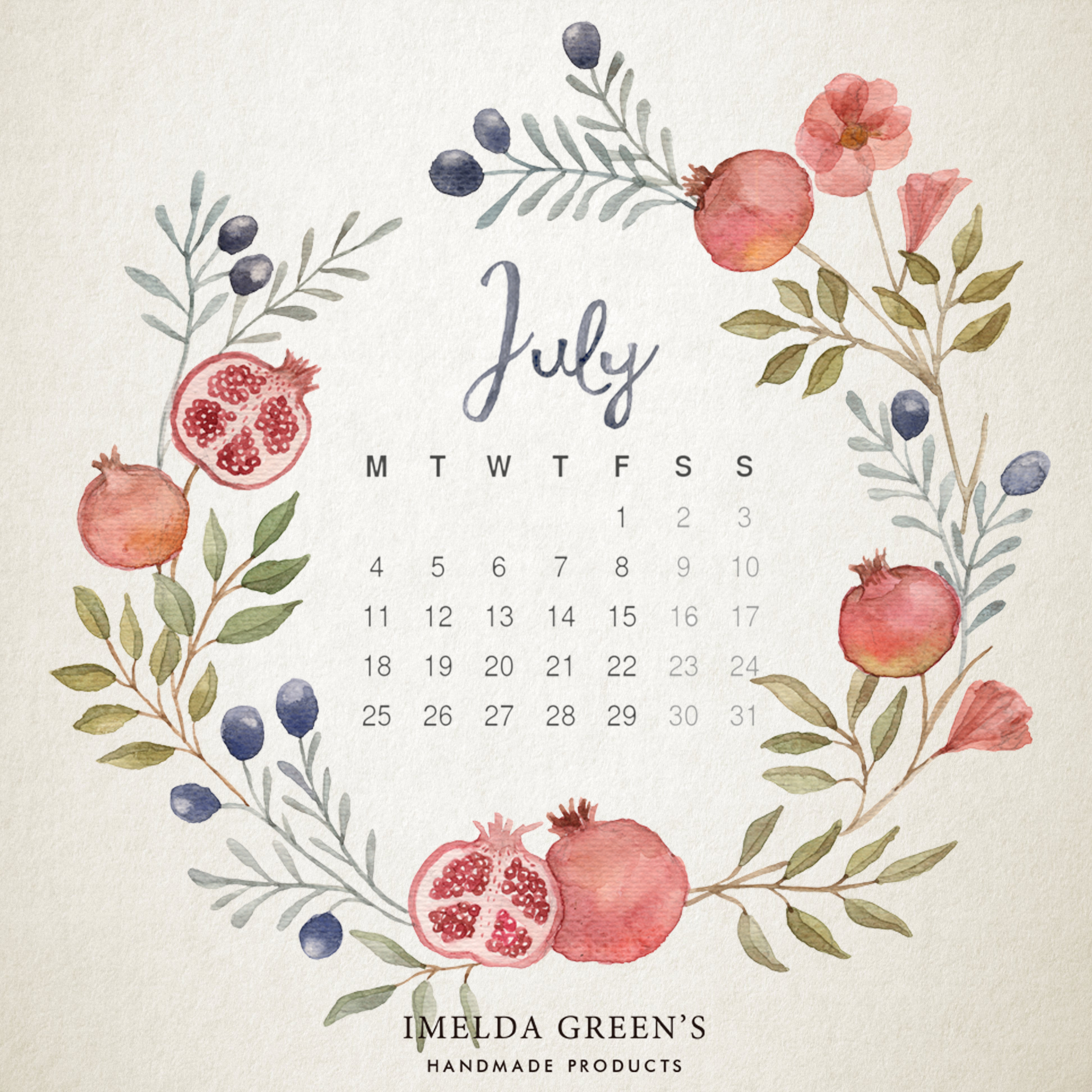 According to Edith Holden “This month was originally the fifth of the year, and was called by the Romans Quinctilis, the latin name of Julius was given in honour of Julius Caesar, who was born in this month.”

In Nature notes of an Edwardian Lady she also mentions some British phrases related to July which I absolutely enjoy:

“St. Swithin’s Day (July 15th) if it do rain, for forty days it will rain”
(Funnily enough, we also have a Hungarian saint who brings 40 days of rain, but his day is 8th of June)

“In July shear your rye.”

I hope you guys will enjoy this month’s downloadable calendar of pommegranades and olives, as – to me -these represent the tropical climate we live in, here in Central-Europe. 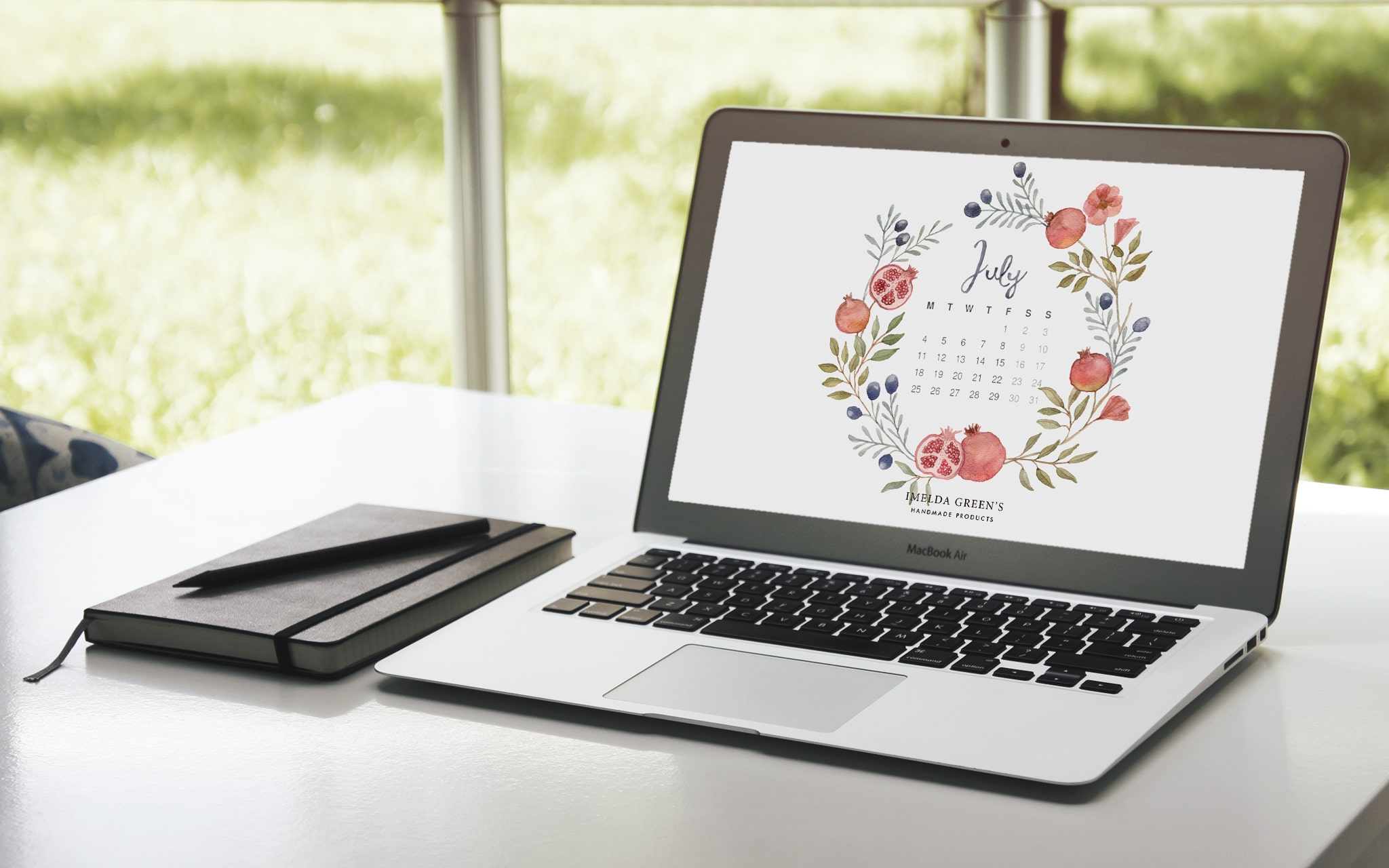