Browse your inner Pinterest! – take steps to be more creative 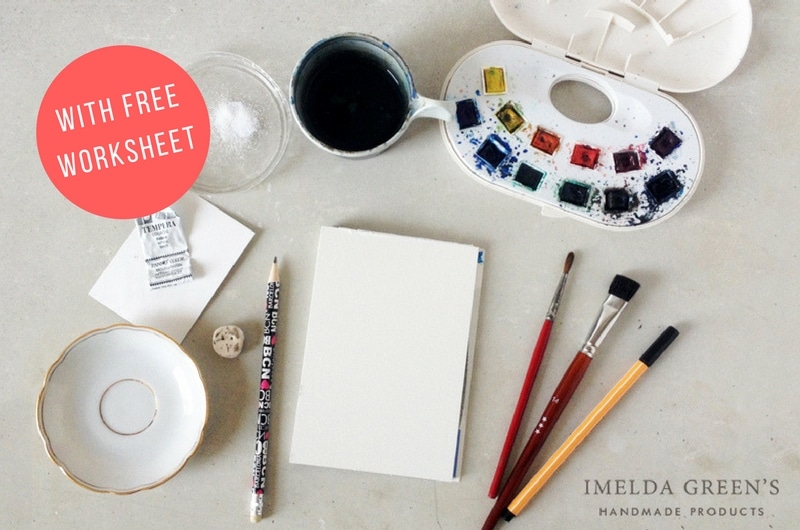 ’I wish I were as creative as you’. I often hear this remark from friends but the truth is that only a part of our creativity comes from our genes, another large part can be learned. In fact, it all depends on whether you stimulate your fantasy. Naturally, working in an office 9-5, then dropping in front of Facebook won’t trigger your imagination much, but you can take the first few steps towards a more creative life now.

Believe it or not, even you have great ideas! But if you don’t write them down somewhere then it’s as if they didn’t exist because you won’t remember them in a few hours’ time, let alone months later. Is it just some nonsense of an idea? Write it down anyway! In my experience it is worth keeping a record of all your ideas even if you do not execute them right away because months later you might get a wave of creativity and you can make something even of the worst ideas. Revise your ideas list weekly/monthly/annually (as it suits you), then put them in order so that the best ones appear on top.

These days it might seem like luxury to dwell in fantasies as apparently you don’t do anything useful while you’d have hundreds of seemingly important tasks to finish. However, if you actively spend (offline) time thinking about possible projects, the creative elf inside you will honour the effort and shortly present you with great ideas. Once you have the seed of a plan it’s always worth looking around for some online inspiration but at the beginning it’s better to let your imagination wander.

What would your hero do?

This is a rather enjoyable game, which – at the same time – improves your creativity: what would XY do? I’m sure there is one (or more) person(s) in your life whom you admire, idolise, or who is a genius at his or her own field. Ask yourself: what would that person do if he/she were you? How would he/she face the lack of inspiration?

You hate contemporary art? Visit a modern museum! You find digital drawings bizarre because you prefer hand-drawn pieces? Browse through the process of how digital artists work! If you take the first step to accepting the unknown then next time you come across it, it will be more familiar – and in the meantime your creativity will start a guerrilla-strategy and generate new ideas.

Expose yourself to inspiration

The first thing that crosses my mind when it comes to inspiration is Pinterest. Of course it is a fantastic platform to start with as you can see the works of hundreds of other creatives but it is easy to burn out and think ‘I’ll never be as good as this’. Naturally, it is really convenient to sit in front of the screen but inspiration can come in various other forms: when out for a walk, at an exhibition, in a book. Look around the works of other forms of art. It’s not unlikely that your next genius of an idea comes after hearing a song on radio or reading a novel. Look at the wider circle. 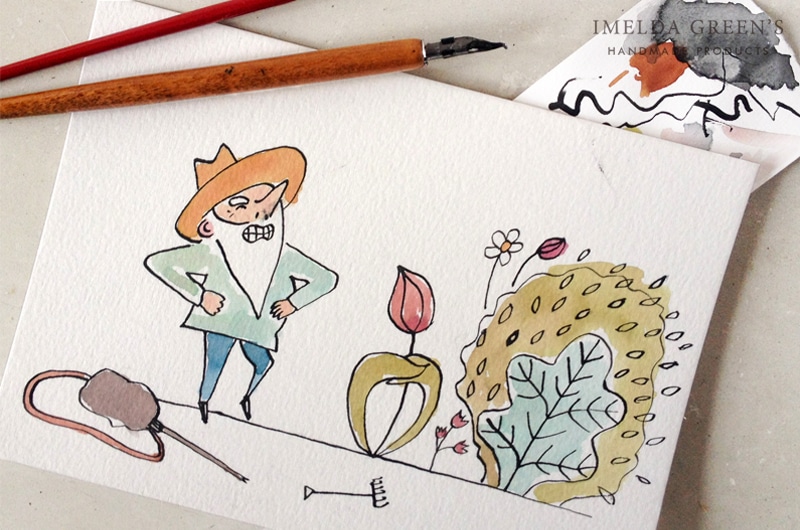 So you’ve decided to draw an apple. Now you need to figure out how: with pencil or graffiti? Placed on a table or balancing on the brink of the toilet? There are thousands of solutions to a certain ‘problem’ and if you pick the most absurd one you force your lazy creativity to step into action. Play around with ideas!

Waiting for the perfect idea is exactly like waiting for Prince Charming: it happens to some lucky princesses, but 99,9% of girls have to be satisfied with a ‘decent man’. It’s the same with creative ideas. Even if there’s only the tiniest bit of appeal in it, go and do it. During the process of creating loads of other ideas will pop into your mind, which will either end up as new projects or will work to better the old ones. However, if your idea remains on paper (or worse, in your head), it has got no chance of proving that it has the potential.

Don’t beat yourself up!

Even the most creative people don’t have world changing ideas every single day. If you are tired or feel broken, just leave it at that. Go to bed early, watch your favourite series, drink a glass of wine, talk to your best friend or just do whatever feels right. You can be creative tomorrow!

Want a creative life? Download worksheet from the resource library!

Taking the above 8 points as a guideline I have put together a simple worksheet, which helps you seamlessly build creativity into your life. The worksheet can be reached for FREE from the resource library. To reach it, all you need to do is sign up to my newsletter. (Already signed up? Look for the password in the confirmation email!) 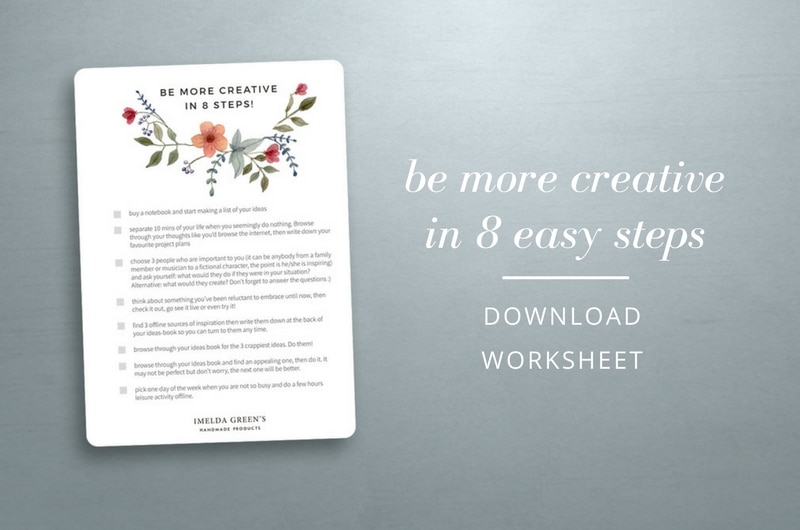 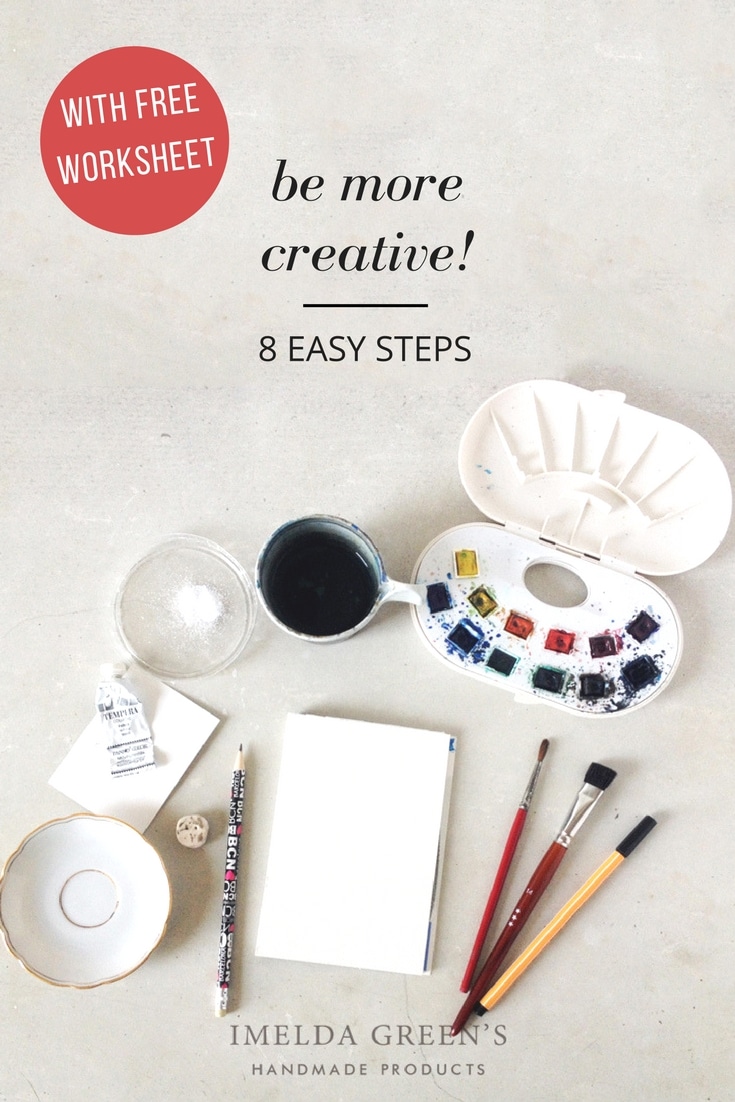