Edith Holden’s notes about nature have already come up last year as side-notes to my downloadable calendars. However, I thought that Nature Notes of an Edwardian Lady deserves an entire blogpost.

Apparently, it is a habit of mine to bump into beautiful works of British illustrators somewhere abroad (like I did with In and out of the garden). I came across this book in Sweden, more precisely, on the bookshelf of a friend I was visiting – and she was generous enough to give it to me (Thank you so much! <3).

Edith Holden documents her observations of 1906, and adds seasonal quotes and poems by well-known (and less well-known) poets as well as her own beautiful illustrations of birds, plants and forest animals. (Obviously I was drawn to this book, as I am rather responsive to literature as well as art…). 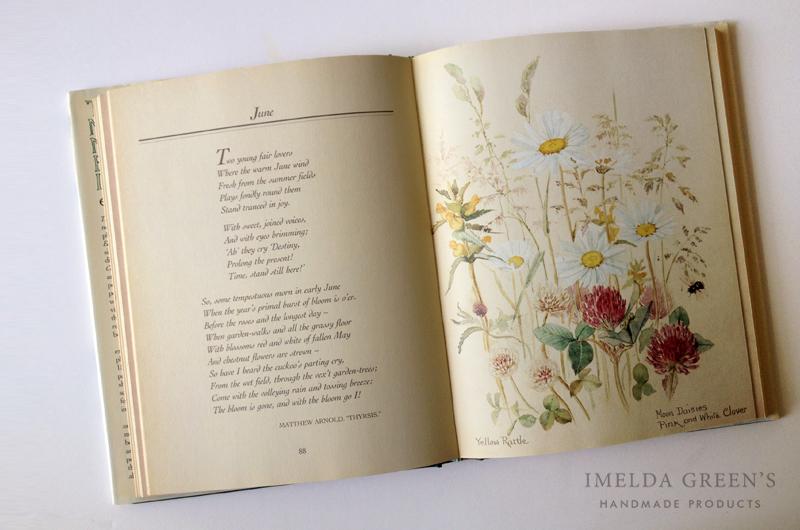 The book has 12 chapters, marking the 12 months of the year. Edith adds her notes in a diary fashion: she documents what kind of animals or plants she has seen, the weather and other events of nature by date.  These entries are completed with poems referreing to the season or month, and of course the amazing watercolour illustrations. Porbably the most exciting part of this book (for me anyway) is that the author collects holidays and country lores related to the month or season – and thereby gives excellent insight to British culture. 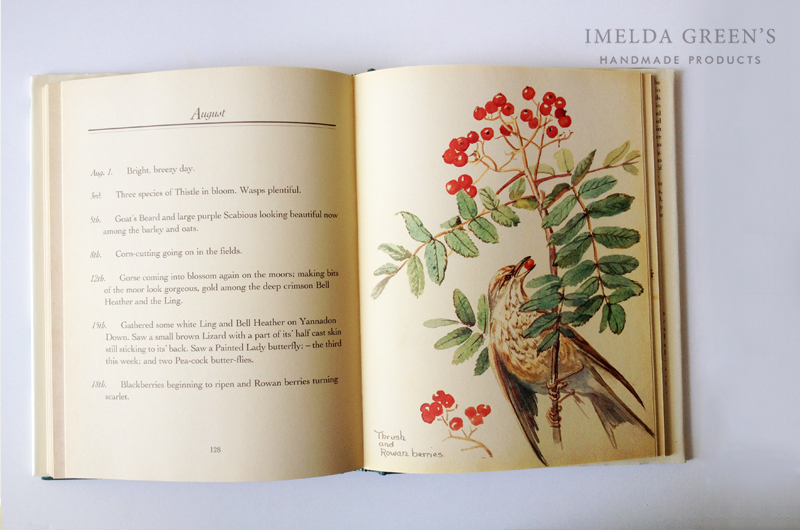 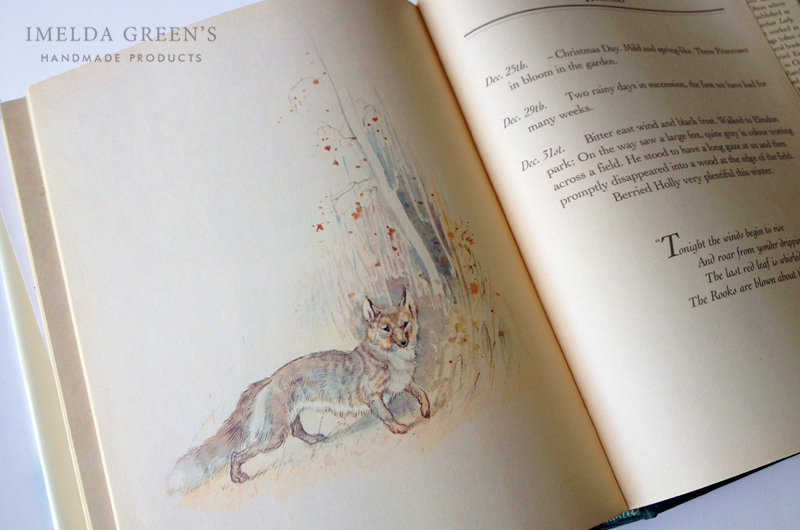 Edith Holden was born in Birmingham and – unsurprisingly – was active during the Edwardian era. She started her career as a teacher, then later – like her siblings – continued to work in illustration. During her life-time she mainly illustrated children’s stories, Nature Notes was only published after her death – and instantly became an international bestseller.

Do you know if this book was published in any other language other than English?